This post is about proven ways and “best practices” that will split your relationship right down the middle. These methods work flawlessly, no matter what stage—or state—your relationship is in right now. 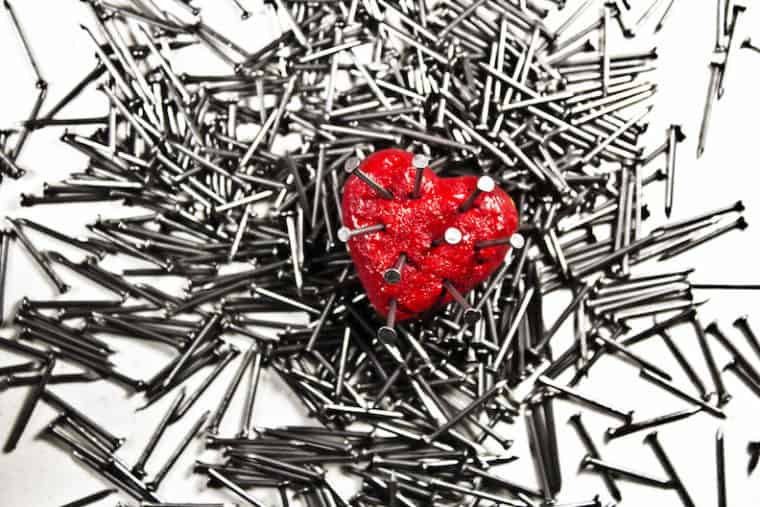 It’s no small feat, spending 18,000 days with another human being. And be able to do so happily? Marriage isn’t the honeymoon on a remote beach—it’s day five of vacation #19 that you take together. 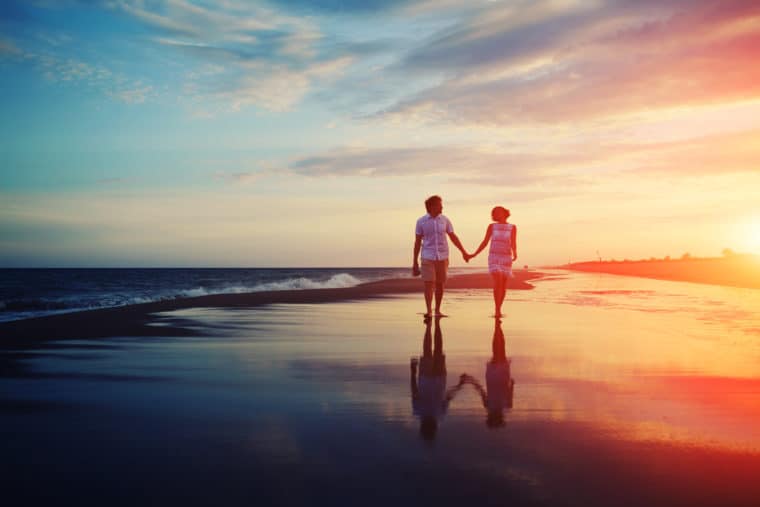 Marriage is not a celebration for buying your first house—it’s having dinner in that house for the 3,285th time. And it’s certainly not Valentine’s Day or a barbecue party for your birthday.

Marriage is Forgettable Tuesday. Together.

So I’ll leave the butterflies, the roses, your heartbeat chanting your loved one’s name, the kisses in the rain, and the three-times-a-day sex to you—you’ll work that part out, I’m sure.

This post is about the best way to make Forgettable Tuesday (and all others that follow) happy ones.

Imagine the navigation system you have in your car or on your phone. If you put in an exact address, the device will lead you exactly where you want to go. 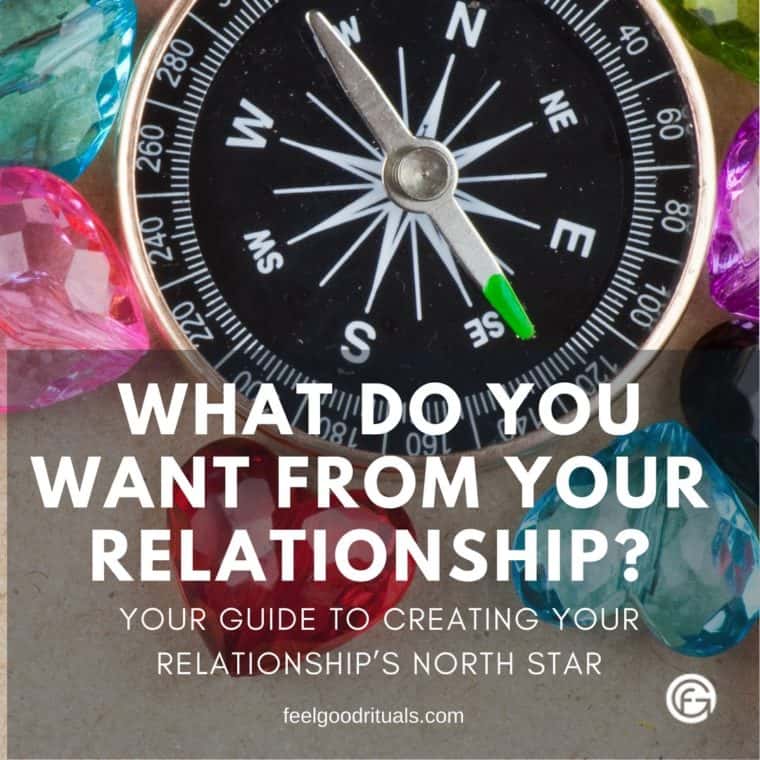 If you get lost or get off track, the system will recalculate and prepare a new route for you. So, while the goal or the target remains the same, because the conditions have changed, the plan has changed as well.

My question is, “What did you put in your relationship’s navigation device? Do you even HAVE a desired destination?”

Most people have never been asked to contemplate the question “What do you hope to achieve in your life, and what kind of person do you want to be?” 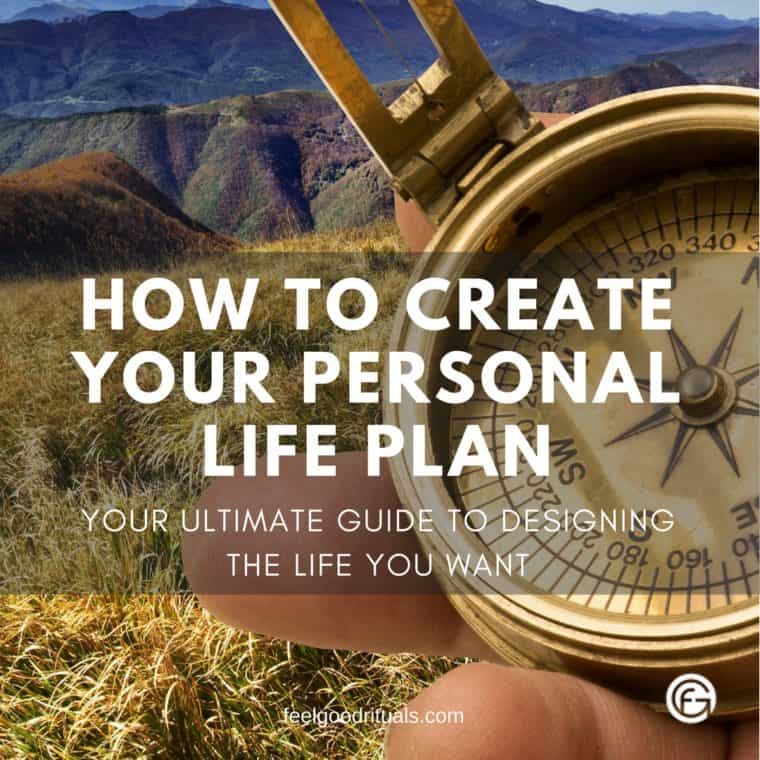 We are used to thinking hard and planning our education, career, and perhaps buying our first home. Heck, we are able to spend countless hours on planning our next summer vacation! But I have met very few people in my life who have a plan for their life.

So, my wife recently told me I am husband version 4.0 her. She feels like she has a new husband. Wow! 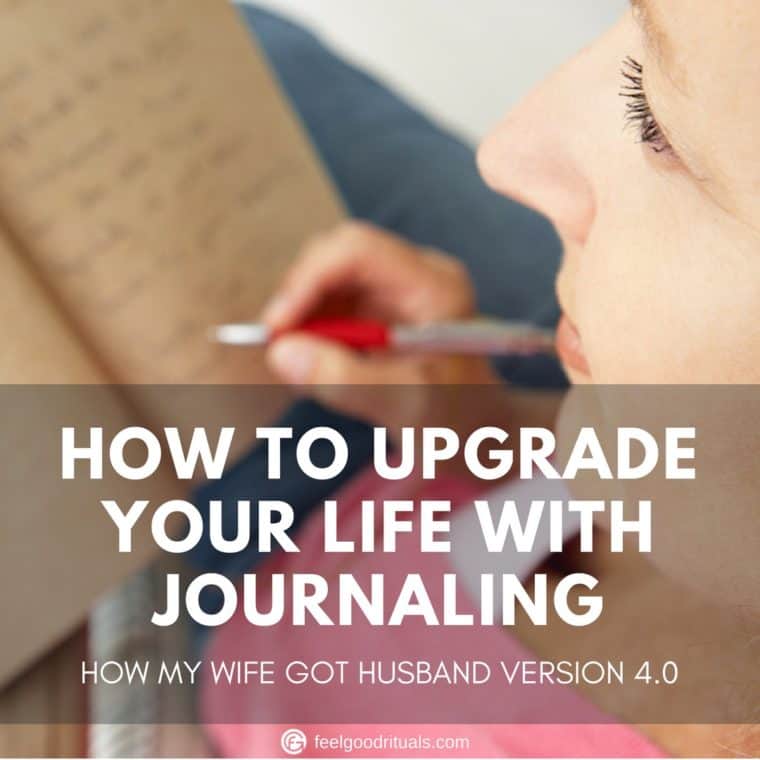 I asked her who were the other three? This is what she said.

One of the main reasons that people don’t get what they want is because they don’t actually figure out what it is. 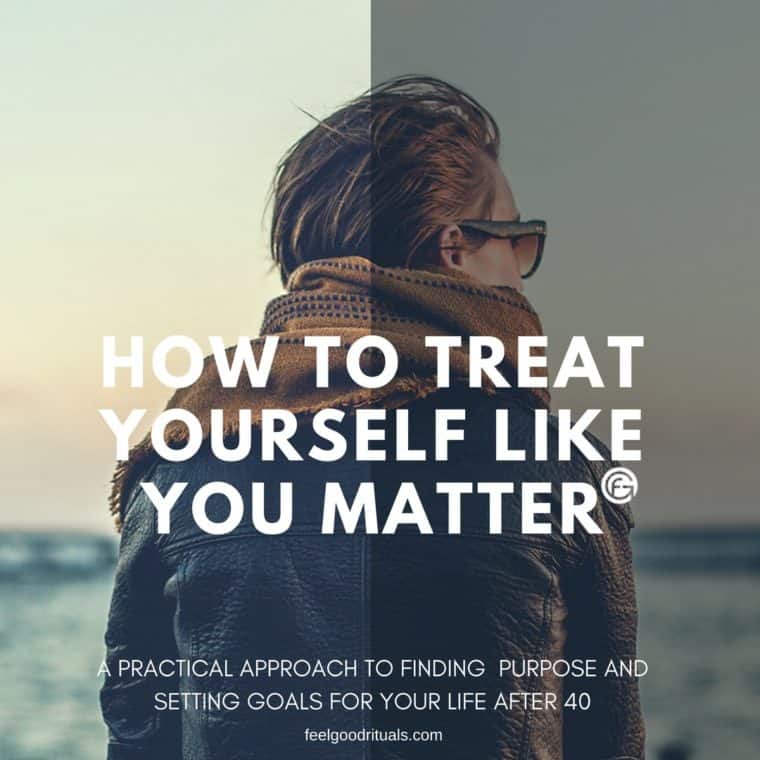 This sounds obvious, and it is. Still, not many people do it, including myself until a couple of years ago.

I started journaling five years ago. It became almost a ritual in its own right, because it changed my life in so many positive ways.

In my previous article I outlined numerous benefits of keeping a journal. This post is about a specific process and writing prompts that I use to lead my thoughts and keep things tidy and structured. 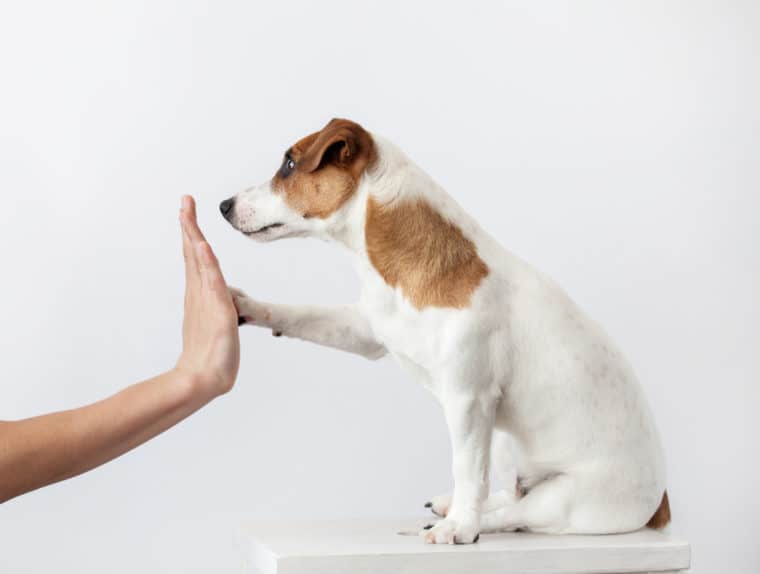 Here’s the key to a good relationship. Well, not the only one, but one of the keys. Kind of a low hanging fruit, if you want. 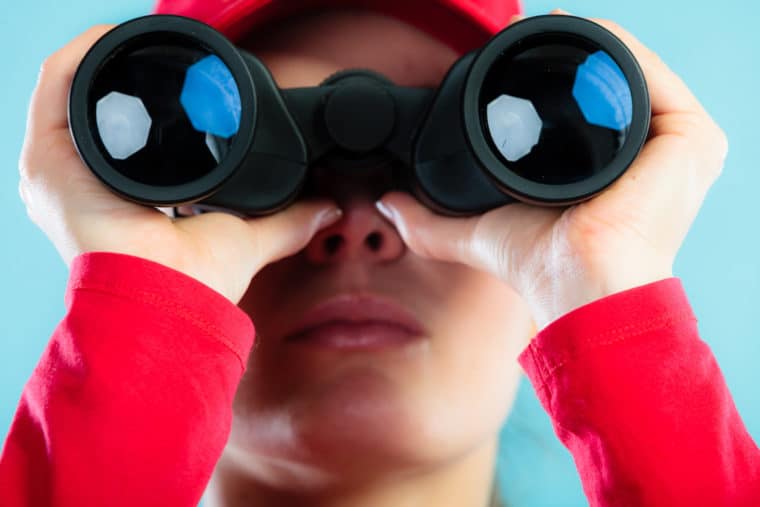 Dr. Gottman is famous for setting up a “lab” where he observes couples. He invites couples into a space that looks like a bed and breakfast, and wires them up for a week. 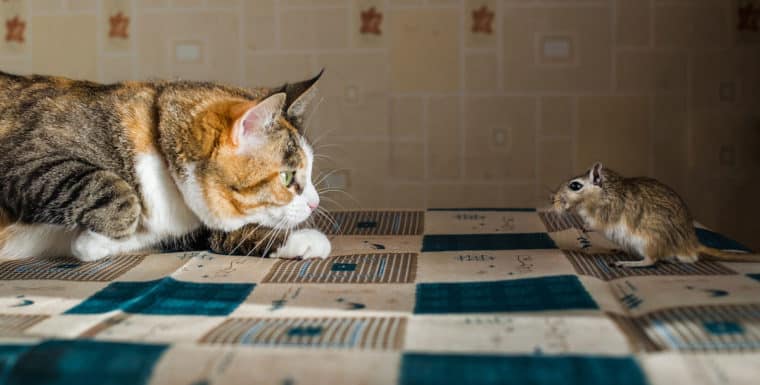 Then he monitors how they behave and respond to one another. Picture this. So, there’s this couple that Gottman is monitoring.

Why is it only when we are about to lose something that we begin to appreciate what we have? 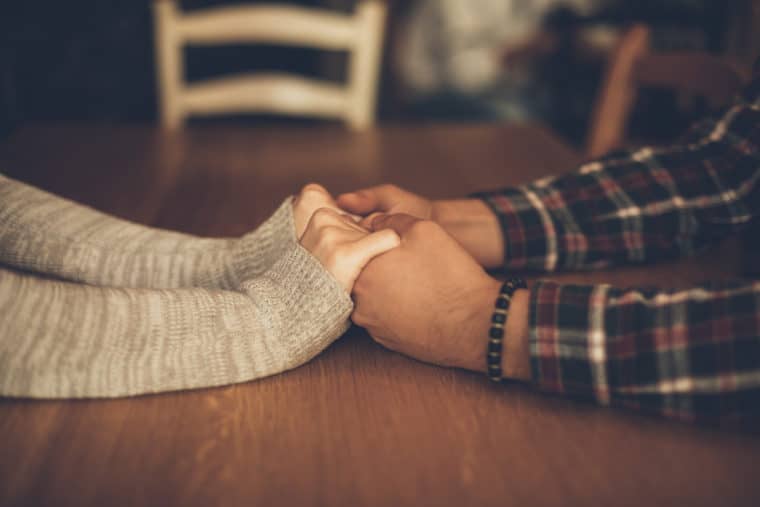 How is it that things that once used to be extremely important to us slowly become irrelevant—until they are threatened?

Have you ever had a rush of energy after hearing a loud voice in the vicinity? Or when the person in front of you slams on their brakes? 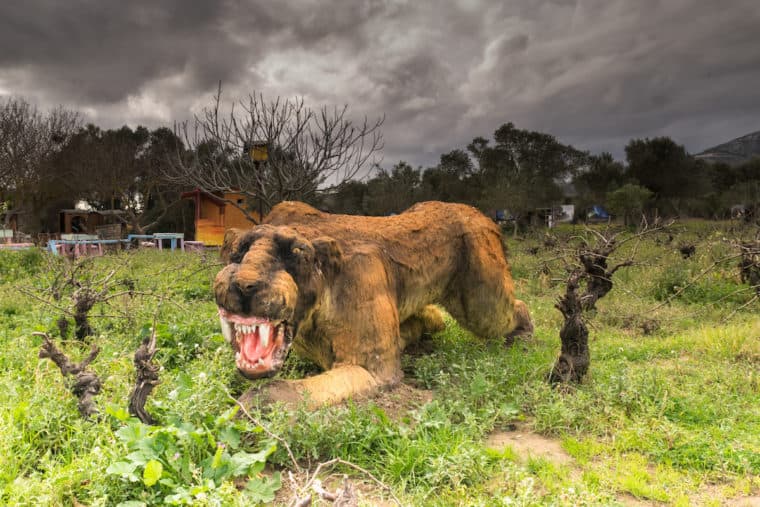 That’s fight or flight at work.

The same happens when an argument becomes overheated. This is when your heart starts pounding and all the other physical stress reactions happen.

The consequences for communication are disastrous. Your ability to process information is reduced, and it’s ten times harder to pay attention to what your partner is saying.

Do You Know the Feeling?

One of the most apparent physical reactions to danger is that the attacked person’s heart speeds up dramatically. It pounds away at over 100 beats per minute, and goes as high as 165.

In such a state, creative problem solving (as well as any potential win-win scenarios) go right out of the window. You’re left with the most reflexive and least intellectual responses in your repertoire: fight (show contempt, criticize, dispense sarcasm, ) or flee (stonewall).

Any chance of resolving the issue is gone. Most likely, the continuation of the discussion will just worsen matters.

Do you know the feeling?

When you’re upset, your amygdala—the ancient part of the brain that’s responsible for the fight or flight response—has taken over full control. Your body starts to produce vast quantities of adrenaline and you’re being flooded with cortisol.

When you see any of the signs of an emotional tornado coming, it’s super important for you stop the conversation and calm down.

Why would you want to do that?

There are three strong reasons why you want to pull the plug of the conversation if you get upset.

But there’s a third reason, and to my mind, it’s the most important one.

Back when our ancestors were chasing mammoths across the frozen tundra, cortisol was key to staying alive. Its role was to prepare the body to defend itself or get away.

That still is true today.

Except that nowadays, instead of running from a giant sabertooth tiger, we’re being almost exclusively chased by our own negative emotions. Unfortunately, our unconscious mind-–the amygdala—doesn’t know the difference.

Once you start associating your spouse with danger, even the most well-intentioned behavior of your spouse is received with suspicion and disbelief, the same as you would closely monitor a tiger lurking around, even if he is not hungry. That’s unbelievably toxic.

How to Pull The Plug

So, when an argument becomes overheated, your first goal is to avoid saying or doing things you might later regret. The easiest way to do this is by using any of the below stop sentences:

After saying this, beware!

No further arguing, no comments, even at half volume. And no door slamming! Politely resist letting your spouse suck you back into an already heated conversation.

We all want to solve our problems fast and, especially until you are used to this process, your partner might misunderstand this withdrawal as fleeing. Therefore, it pays to explain calmly not only why you are pausing, but also to reassure your partner that you WILL come back, and you won’t forget. Better so, ask if it’s okay with them.

Admittedly, this takes quite a bit of self-discipline. But it pays off immensely.

Your Own Endorphins Can Help

After our amygdala has been set off, our brain simply needs some time to reboot. Different people need different amounts of time to calm down. Interestingly, it has been scientifically proven that men generally need more time than women.

You can speed up the time needed to restart your brain by moving your body. I mean literally moving your legs and arms and doing something with them, not moving your fingers over the screen of your phone.

That’s because when you move, your brain releases neurochemicals called endorphins. They have a soothing effect on your mind and make you feel good.

Basically, do anything that makes your body move.

I wouldn’t suggest going shopping to calm down, (at least not every time) if you don’t want to anchor yourself into spending money every time you need to calm down. Because if you do that on a consistent basis, your brain will make the connection: angry–shopping–buying nice things for me–pleasure–let’s get angry some more!

QUESTION: What is your best practice for dealing with moments when things get overheated? You can leave a comment by clicking here.